My setter pup has broken her toe, gashed up her legs and body several times in her short life. She likes to party hard and we fit together like a dovetailed joint. She usually heals up on her own as long as I keep it clean with saline and let her go mad in a forced docile state.

Sometime during our Monday afternoon training session she gashed her upper right leg open between her armpit and elbow. Those might not be the proper physical terms but you can complain somewhere else.
When she’s standing it’s about the size of a penny, when she’s on her back it almost closes up. 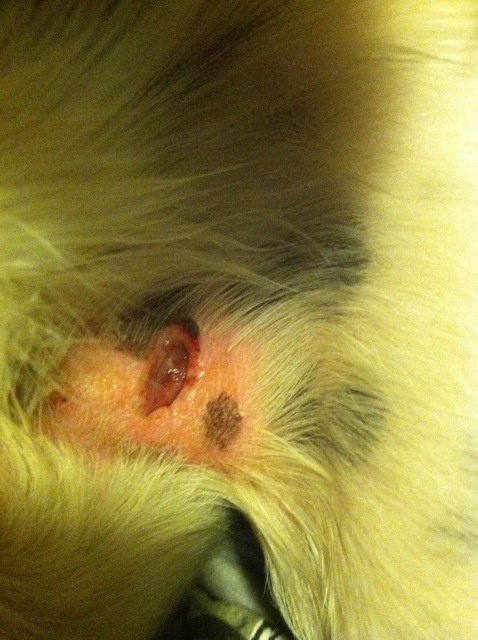 Being used to her propensity for deep wounds in the desert I just washed it out with warm water and having no iodine left I was forced to use some hydrogen peroxyde. I figured her puppy powers would seal it up in no time.

4 days late I realized how wrong I was when the edges started to heal around it. I called myself everything in the book and after much cursing and questioning how I could be so irresponsible about a serious wound, I called a friend who’s a vet tech. She didn’t have any stashed gear because she left the hospital and now worked for a small clinic but she did agree to come over and give me some guidance.
I would have taken her to the vet but these things always tend to happen when you’re penniless, which I currently am after the usual bullshit in life strikes.
It’s time to bite the bullet and get a credit card because I don’t wanna be so damn desperate with something else’s life and wellbeing ever again.

I won’t go into the details, but after a bit of medieval surgery she’s still the same goofball she was before we started. 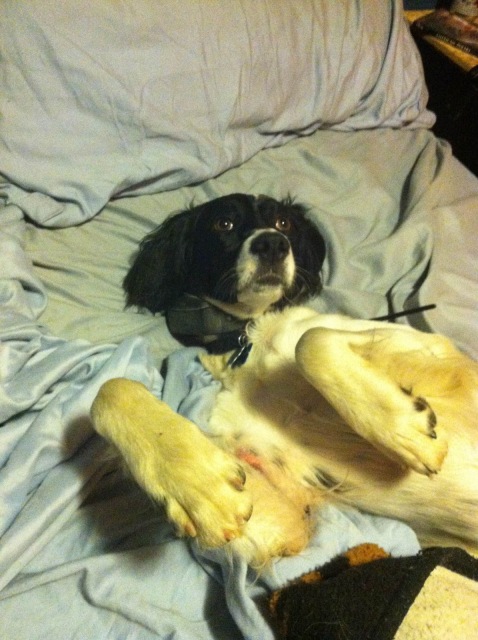 I feel irresponsible for letting it get to this, and I’m sharing this so you won’t be the same way.
Let’s hope the damage will heal properly, and hope I’ve learned my lesson not to be so reckless with something I love more than anything in the world.