#1 – The grandfather that we all wished we had. (and I’m named after mine.) 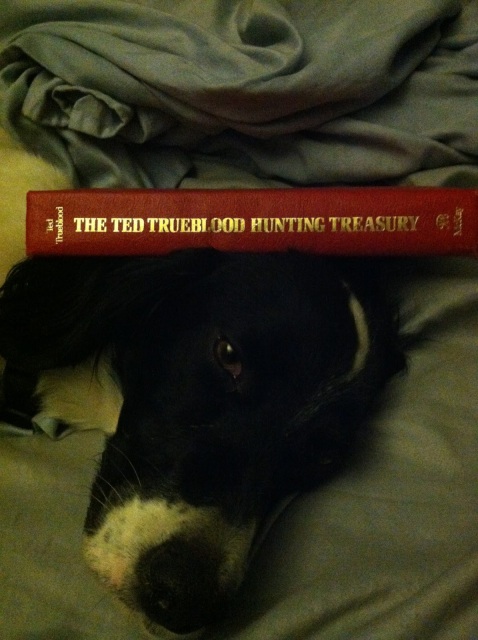 This is a classic! I scored probably the last copy not in Bruce Smithammer’s Apocalypse Reading Bunker (Thanks Bruce for showing me Ted in some roundabout internet way I can’t recall at this time).
I’ve had this book for awhile but only glanced at it until Saturday night, then I went all in.
Ted was one of the first guys to hunt chukar in the states – like one of the FIRST guys to figure out how to hunt them – although it’s downplayed in his limited musings on the subject. He was a true outdoorsman in the purist sense, and above all that he wrote honestly and humbly in an era where not unlike today chest puffing wasn’t just the norm it was expected. But Ted Trueblood was an outdoorsman first, a writer second and for that I have a historical bromance with ole Teddy.  I’ve added him to my list of “Time Machine Beer Sit Downs”. Gotta stop blogging and get to work on my time machine, or take jjay’s for a ride when it’s done.

I’ve wanted a Caravan Camper since I moved my ass to Reno. They’re built in town by good ole boys that have been at it for 50 years. They’re made out of steel and probably kill your gas mileage considerably but are as solid and loyal as the dude JCVD knife kicks in that shitty movie. Pretty much every good ole boy in Reno has one of these. I’m not one to admit status jealousy or a willingness to fit in, but god dammit I’VE YEARNED TO BE A CARAVAN MAN. The only thing holding me back (aside from the fact I drove a 4Runner for a few years) is that they’re so damn expensive – cheap new ones are about $3000. And 99% of the used ones are for full sized trucks.
But yesterday opportunity knocked, err texted. My buddy was headed up to Ennis for a fishing trip and needed a camper shell STAT. So I sold him mine with the knowledge I could buy another one from my other buddy.
Sold mine to Montana bound boy and went to put on my other buddies and it wasn’t gonna fit.

Shit. I dwell in my camper shell like it’s my 1st home. Being truck homeless was too much to bear.

I checked craigslist and found nothing. In desperation I hit the refresh button and this baby popped up a minute after it was posted. 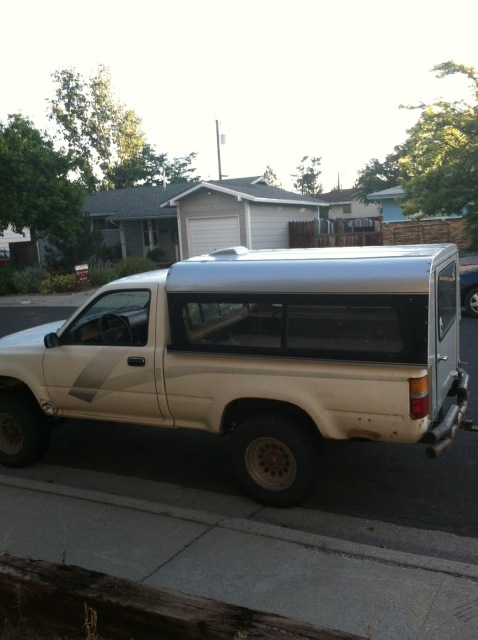 I lost my mind for a minute – The price was right, the timing was right.. the size.. well –

Perfect besides the fact it had a 2 to 2.5 inch gap in the front. But I spent a few hours removing it from the seller’s truck and it was too close to reject it. Plus I was unashamedly smitten. So I gave my buddy a call. He does all the sheet metal fab at a local trophy truck builder – Alchemy Research and Development.
He told me to come down after work tonight and we ended up with this – 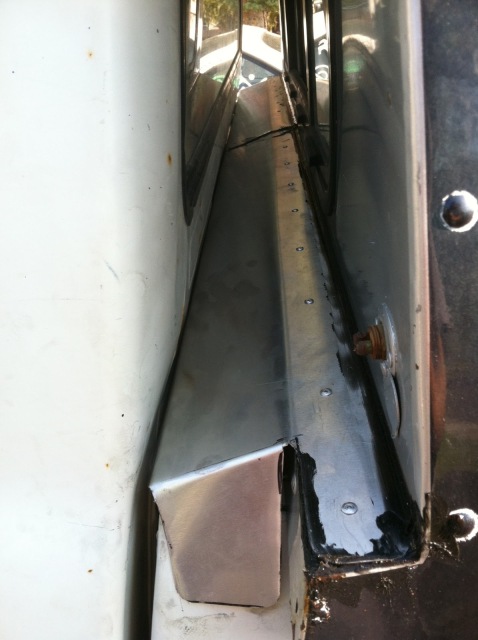 He only charged me a case of Corona for keeping me warm and dry. What a great bunch of dudes at that shop.
I was gonna use this money to pay Gilligan for a camera I got from him, but money bags super stud Truckee River guide can hang till the sports leave for the winter.
Overall, this has been a fantastic Monday riding the lightning of the upcoming season stoke.
Being able to sleep comfortably in my truck and sit up is a huge bonus. Ted’s words are a beacon for October. Bring it on and suck it summer!