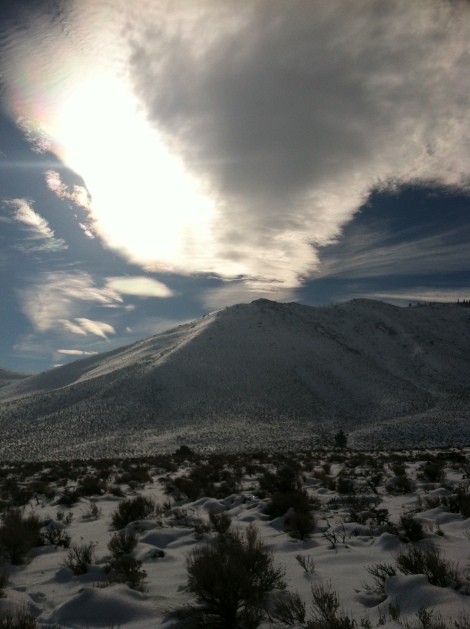 The pillar rose high enough to clear the tall and arcing ranges between us and scratch the bellies of airliners. An upward yellow cascade drafting the spectrum for obscenities in color, a patina of hatred drawn in thin air. The brazen graffiti highlighted by an aloof sun that was tumbling into the Pacific.

I didn’t know the details lurking under the drifting smoke until I got a text from a friend. It contained a picture of one our honey holes – containing giant deer and boundless birds – which was now engulfed in flame and smoke. The words under the picture – “If somebody started this fire I’m going to hunt them down and burn them to death.”

An apropos reaction to the situation at hand.

This place is as close to sacred as it gets. Nevada has a lot of “secrets”. Most are confined in tiny sects proclaiming the esoteric and arcane who are too distant in life and too close in ambition to know that they aren’t really alone. Those places get visited rarely, but enough that you know you’re not the only ones hunting there when the evidence of other hunters comes under foot. This place truly was sacred, you rarely found a lost empty shotgun shell that didn’t slip away from either you or your buddy. It holds tight and is rarely visited. There are natural barriers that keep 99% of people from getting to it, and they still remain. It’s backcountry in a strange sense, and with luck only the foolish or the experienced fools will gain access. To be blunt it’s a mission to get there and you have to put on your warrior face to hunt it.

There’s magic here. It’s where I shot my first chukar. I’ve had two dogs get firsts here, one her first retrieve, the other her first track, point, hold, and retrieve. I don’t think we’ve ever been skunked here either, you always walk away with something. My friends and family have taken trophy mulies here for decades. A few years ago my best buddy and I shot the same bird at the exact same time and didn’t know it until we both congratulated each other. He was good enough to give it to me for a family dinner I had planned that night. I’ve seen more mountain quail here than anywhere else in the state, and taken more than anywhere outside of it. The ecosystem was more diverse than you would believe.

And now it’s fallow for awhile, resting until the invasive cheat grass sprouts up strong enough to bring the critters we love back into it’s embrace. I know it might be better than before when that day comes, but I can’t escape how perfect it was. We loved it so much we only hunted it sparsely in a vain attempt to conserve the magic. It was our happy hunting ground on public land, even though the public didn’t know or give a shit about it.

Hunting grounds that we love have a tendency to disappear before us in one form or another. It’s not always the flames spawned from the hand of a belligerent Zeus. It may be the encroaching visage of a long dead American Dream with shitty claustrophobic row houses, or it could be the wrath of a biological plague we can’t stop. But the things we love will die someday. All of them.

The beauty of nature and wilderness is that it has the power to resurrect itself in short order. Not in every case, but certain patches of this earth will come full circle. And if you live long enough to welcome it count yourself among the lucky.

2 responses to “A Fond Farewell To A Friend”