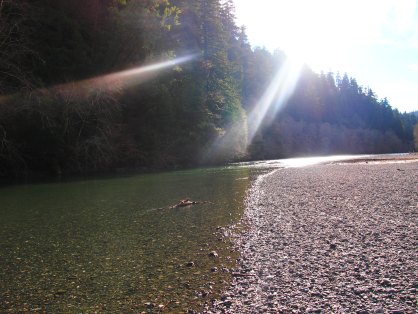 He walked in circles for two days but could not find it.
The scents in the street pressed him to follow
what his eyes longed to see.
Our senses have a dull pang for neediness
Such is a lost dog with no teeth
He was a good dog with a black mouth.

When he wakes he shakes the fleas and dirt
He will crack an old floppy smile to those who pass
a little too close to the circles that brought him here.
Don’t feel bad for the people
don’t pet the dog with no teeth.
He rides an invisible tide that flows over everything
our world has more colors than eyes.
He was a good dog with a black mouth.

Nobody collared him, nobody cut the burrs from his tail.
For 14 years he’s been where he belongs
but not today, not today.
He walked in circles for two days and lay and wept.
The tears the only thing he’d seen in ages.
White splotches covered his eyes
and the world grew dull in the fuzzy light.

An italian waitress brought him soup but she wouldn’t pet him.
She saw his gaping maw was longer than any tooth
she yanked a stray gray hair from her head.
don’t feel bad for the people
don’t pet the dog with no teeth.

He slept in circles for a night and dreamt of home
the long curtains of wild grass wrestling the wind
that brought his nose certainty from afar
the rabbit in the pasture that he shredded
with his long departed fangs
He wore the blood like a crown
the rusty patina under his snout a fine perfume.
He buried the long feet under his favorite cedar.

He woke up in an alley with his tongue on the ground
He tasted the earth before creatures and fangs
before false smells and fences that stretch too far
He walked in circles for two days and found he was lost
at the end of the leash of time.
He walked in three circles and lay down under a lilac.
He was a good dog with a black mouth.